After we left giants causeway we had a brief stop in Derry (aka Londonderry, aka Freederry) for lunch. It has multiple names thanks to the ongoing conflict in Northern Ireland with the Protestants calling it Londonderry, the Catholics calling it Freederry and those not taking sides just calling it Derry. If you come from Ireland (republic) signs towards the town will say “Derry” where as they will read “Londonderry” if coming from Northern Ireland. This is another town with Catholic and Protestant quarters.
Carrying on from there, we made our way into Ireland and I welcomed back distances in KMs. Signs were in Gaelic first and English second, much like Scotland was. Lots of Irish flags were seen around.

We headed to Galway which is another Irish pub town. In the centre square stands Brownes door which was moved there from their large home in the early 1900s.
We wandered the streets which had a lively feel about them, with colourful flags overhead, friendly Irish locals welcoming you to the city and making chit chat (with a few Guinness’ down the hatch already I believe), and plenty of pubs. On the north side of town is the village of Claddagh which was absorbed into Galway some time ago. Claddagh is the home of the famous Irish Claddagh ring, which I had been planning on buying for some time, and found one I loved in town.

There was also an old wall in town that used to surround the city.
We had a late dinner in a lovely place in the Main Street and then joined back up with everyone else for a couple of Baileys before we made the 40 minute walk home and headed to bed.

The next day a group of us had a day trip planned to the Aran Islands. We headed into town and had to get the shuttle coach to the ferry wharf. We had no idea however this coach ride would take the best part of an hour! The bus was filthy with rubbish everywhere, mostly empty or half empty beer bottles and Guinness cans that had spilled all over the floor. Regardless, the bus was full. We made the bumpy one hour journey to the ferry wharf and just as we were pulling in to the carpark, a child up front vomited all over himself, his dad, their belongings and the back of the seat in front. The smell quickly filled the bus and we were so grateful that he threw up then and not at the beginning of the trip!

From here we boarded the ferry and I was praying that the travel sick boy wasn’t getting on with us. I didn’t see him again so that was good news. The ferry trip was just shy of an hour too but we finally made it. It was raining lightly, much like it has been for the last few weeks. A group of those who came over wanted to hire a mountain bike and ride around the island for the day, while the other four of us opted to stay dry. We jumped in guided tour mini van with a bunch of others which only cost us €10 each for the day. Our first stop was by a coffee shop and a few stores, including a jewellery store where a lady from Hobart was running the shop. We asked how she made it to the Aran Islands, as seeing a “local” Aussie with such a small population certainly wasn’t expected! She came over travelling and a friend had told her to visit and stay a night out on the island, which she did and met her husband in the bar that night. She’s been here for 20 years since!
They still speak Gaelic as a first language on be Aran islands and have a small summer school dedicated to teaching the language to the local and mainland kids.
Most of the island used to be covered in rock and it needed to be cleared to make way for houses and farming. Much of the rock still lays as it was in untouched areas. The rest of the rock makes up the 4000 miles of stone fences and walls on the island.
Old thatched houses were dotted around but many have been “modernised” or a newer house have been built and lots of old remains of houses with a fallen in roof are scattered around.

The locals made a living through potato farming and fishing. They would salt fish for the winter and boil it a few times before Christmas to get rid of the salt. The less salted the fish was (after more boiling), the less Guinness you needed.

Quite some time ago, there was a window tax introduced on the islands (and Ireland in general) by the British and anyone who had more than 3 windows in their house had to pay an additional “daylight” tax. This tax was only in place for 30 years but for the next 100 years afterwards people still built their houses with 3 Windows in case it came back. This tax was the root of the phrase “daylight robbery”. For this reason, most houses on the island still to this day have only 3 Windows as they were built during this time.
Natural wells are around the island and are still fit for human consumption, although these days rainwater tanks service the island. It is said that if there is 3 months of drought that the island will be without access to water, but that it’s never been 3 months without rain!

Water for livestock also often comes from rain and farmers use large smooth rocks (1-2m wide) embedded on the appropriate angle near the bottom of a hill to direct the rain water down into a stone trough for the animals.

As for what I saw on the island, we stopped by Dun Aonghasa, which is a prehistoric fort on the edge of a 100m cliff drop. The weather wasn’t great and it continued to rain on and off, so we couldn’t see as far as we liked but the view was still amazing. This site is described as “not for stupid tourists” as there are no railings or anything at all stopping you from walking/falling straight off the edge of the cliff to your death. The site itself was awesome, and the views of the cliffs either side were amazing too!

Afterwards we saw the 7 churches graveyard, which is an old graveyard with the remains of 7 stone churches that one stood. Celtic writing is still inscribed on the tombstones and some of the church walls.
We went to the west end of the island but didn’t see much except a boat parked in the walk way, and then on to Seal bay, where seals often are ashore. There was only one lone seal today out on the rocks in the distance, but I was happy to see just the one

A little browsing of the local shops and commiserating with the locals about the loss of the football (soccer) match they were watching live between Ireland and France, finished off the afternoon on the Aran islands. Everyone is amazingly polite and happy to stop and say hello, just like on the mainland. I can see why the Aussies love coming to Ireland. We have the same sarcastic flair, the same foul mouths, crass jokes, and love of beer!
As we left town, we saw a row boat race. They were racing and crashing into each other, spinning each other’s boats around with their oars to push their competition out of the way! We didn’t see the end of the race though as our ferry was ready to depart back to the mainland.

We left and made the 2 hour journey back to Galway and grabbed dinner back at the hotel. Afterwards I used the hotel’s (awesome) gym facilities (which was long overdue) and called it a night, ending my time in Galway and the Aran islands. 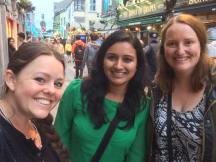 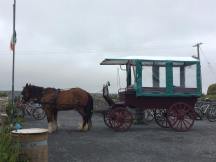 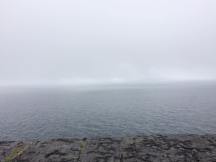 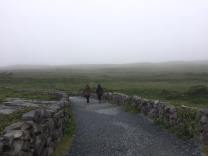 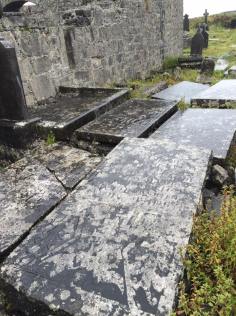 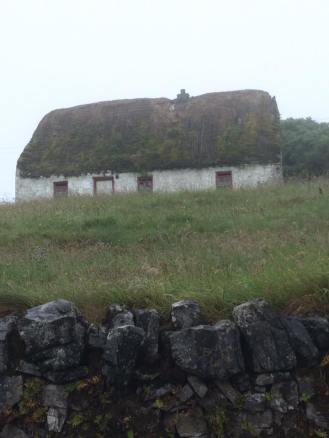 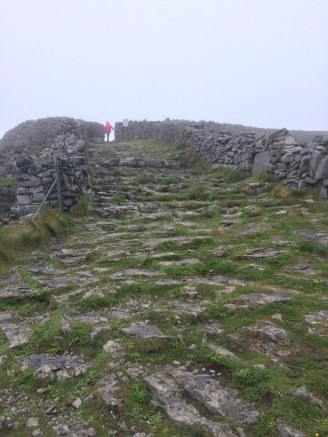 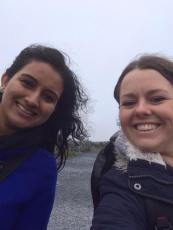 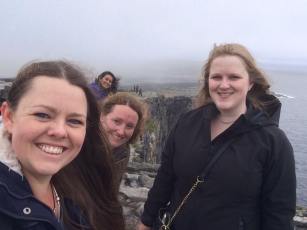 2 thoughts on “Galway and the Aran Islands – Republic of Ireland”

Quick Link to a specific Country?

Use the search bar up on the right hand side of the page!
Follow liveitloveit on WordPress.com
Live it, Love it, and Have a Nice Day!